Chapter 16 provides a detailed overview of the commercial mortgage-backed security (CMBS) industry.  In the 1970s, real estate loans were primarily made by local commercial banks and life insurance companies, when 70% of U.S. assets were held by these two types of institutions.  Today, approximately 65% of all U.S. assets are held by pension and mutual funds.  CMBS allows the real estate industry to access these two forms of capital for real estate debt.

The CMBS market allows originators to make loans that fit specific terms with their capital base and to then package these loans into large pools that are sold to investors seeking yield.  Specifically, if a lender can originate $500 million in loans each quarter, but only has $500 million available to lend, they cannot lend beyond their current portfolio.  Therefore, rather than tie up their $500 million for the next 10 years, while their origination expertise sits idle, they can package and sell their existing loans.  In essence, this allows them to capitalize on their underwriting skills by originating more loans with the sale proceeds.  Originators create a new company called a special-purpose bankruptcy-remote entity (SPE) that ultimately owns the mortgage pools and facilitates their sale.  The originators transfer ownership of the loans into the SPE in exchange for 100% of its ownership.  They then sell interests in the SPE to pension and fixed-income mutual funds.  By focusing on large institutional fixed-income capital sources, which desire long-term assets, originators generally obtain better pricing for the SPE than if they only marketed to dedicated real estate money sources.

The investment banks developed large marketing arms to sell these securities and were able to generate significantly more value from the securities by breaking them up into tranches.  If the loan pool is large enough, it is possible to sell multiple ownership classes in an attempt to appeal to a much broader set of investors.  Tranching involves the creation of many separate ownership claims on the stream of cash flows from the mortgages.  Each tranche has a different priority claim and payoff structure on the underlying mortgages.  The rating agencies then apply various models to determine the likelihood of losing money for each of the claims.  Typically, the 60% most-senior claims on CMBS cash flows receive AAA ratings, with another 10% rated AA, 10% rated A, 10% rated BBB, and roughly 8% in the BB range. The last 2% is the most subordinated ownership claim, effectively the common equity of the SPE.  Using this structure, the investment banks are able to sell these pools of securities for greater amounts than if they were not divided into tranches, given the appetite for AAA-rated paper.  Defaults impact the lowest-rated tranche first, and work their way up the stack.

Securitization allows for a return to specialization for each step in the process: loan origination, loan packaging, selling and marketing the issuance, holding the loans, and servicing the loans.  The management component of the entity is typically outsourced for a fee to two different specialists: the servicer and special servicer.  The servicer is responsible for making sure the borrowers are performing in accordance to their loan documents and for taking appropriate actions if the borrower is in default.  The special servicer takes control of the administration of any non-performing loans.

The CMBS market crashed spectacularly in late 2008 after an equally spectacular run from 2003 through mid-2007.  The cause of this crash and subsequent CMBS market freeze was remarkably simple: low-quality mortgage pools were oversold by investment banks and overrated by the rating agencies.  When institutional investors realized that they were not holding what they expected in terms of credit, they fled to safety, and the market experienced a shock.

These are the types of questions you’ll be able to answer after studying the full chapter.

1. How can value be created by pooling and tranching real estate loans into securities?

3. Explain the different roles of a servicer and a special servicer.

A tradable security that is collateralized by mortgages on commercial properties.

A special purpose vehicle that is formed to hold a defined group of assets and to protect them from being administered as property of a bankruptcy estate.

Service provider responsible for assuring that the borrowers are in compliance with their loan documents and for taking appropriate actions if the borrower is in default.

Service provider that takes control of the administration of any non-performing loans.

A discrete ownership class within a pool of CMBS mortgages.

More on this topic 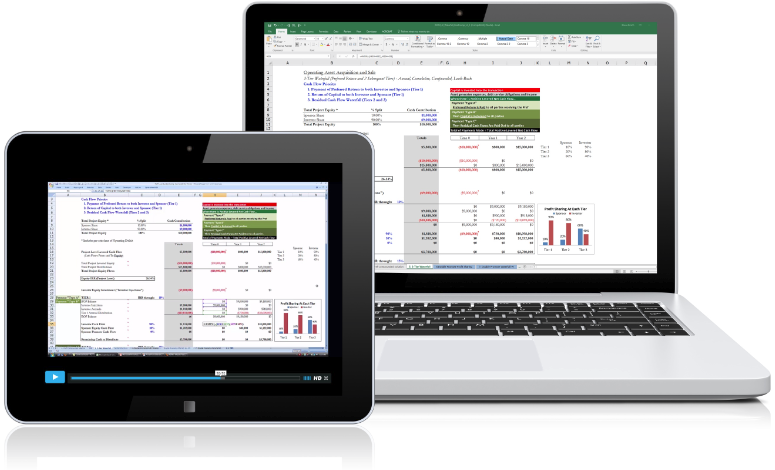