Chapter 2 | What is Real Estate and Who Owns It?

Real Estate Finance and Investments: Risks and Opportunities, Peter Linneman, PhD and Bruce Kirsch, REFAI / Chapter 2 | What is Real Estate and Who Owns It?
Buy the book now

Listen to these narrations if you prefer

Hotel and Self Storage

Land is the most basic type of real estate. It carries high speculation levels that can only be balanced by the high compensation it offers via successful development. Not all land is developable; the size and location of a parcel is important in determining the feasibility of a development project. Undeveloped land can be categorized as greenfield, infill land, or brownfield. Brownfields previously had an industrial use and are environmentally impaired. 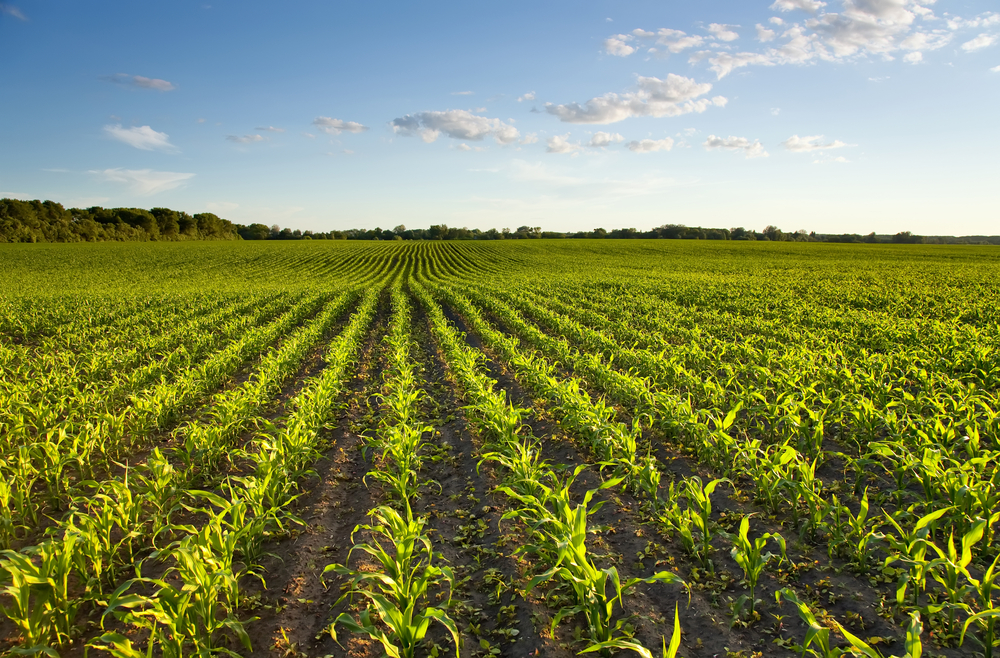 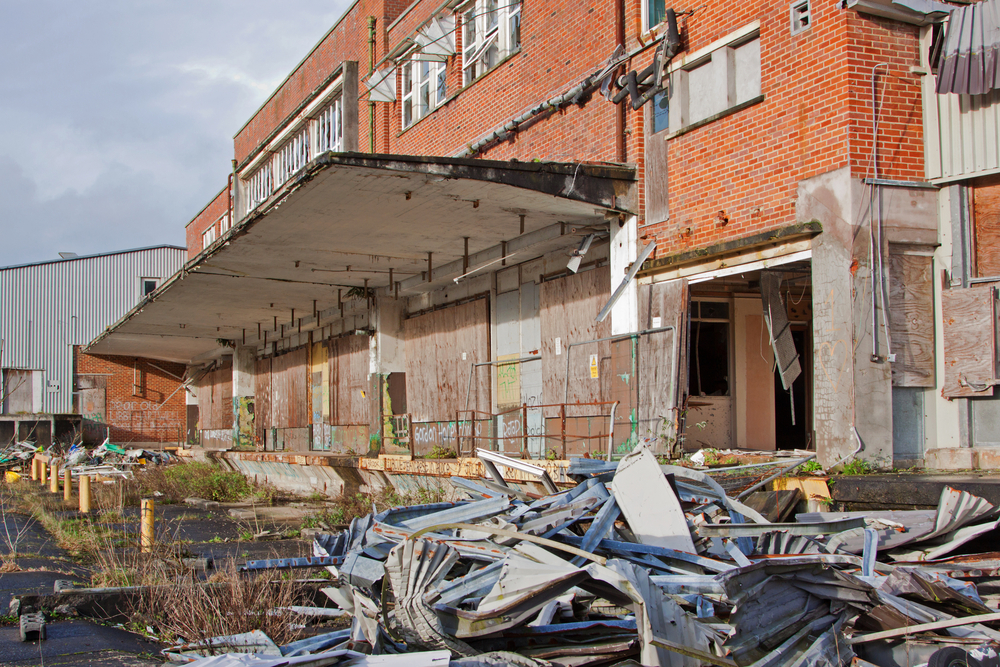 Retail properties can vary widely in both size and location, but are similar in their commercial use. A strip center ranges from 10,000 to 200,000 square feet and may be dependent on a single anchor tenant. Strip centers often have out parcels detached from the main building. Community retail centers are generally 150,000-350,000 square feet and have more than one anchor tenant. A power center has several big-box retailers, such as Walmart or Staples, and is most commonly located outside a city or in the outskirts of a major urban area, where land is cheap. Regional malls are the largest type of retail property, ranging from 400,000 to 2,000,000 square feet. Regional malls do well when they successfully maximize a customer͛s shopping experience by offering a complementary tenant mix (with both anchor tenants and inline stores), good design, shared amenities, and well maintained common areas. 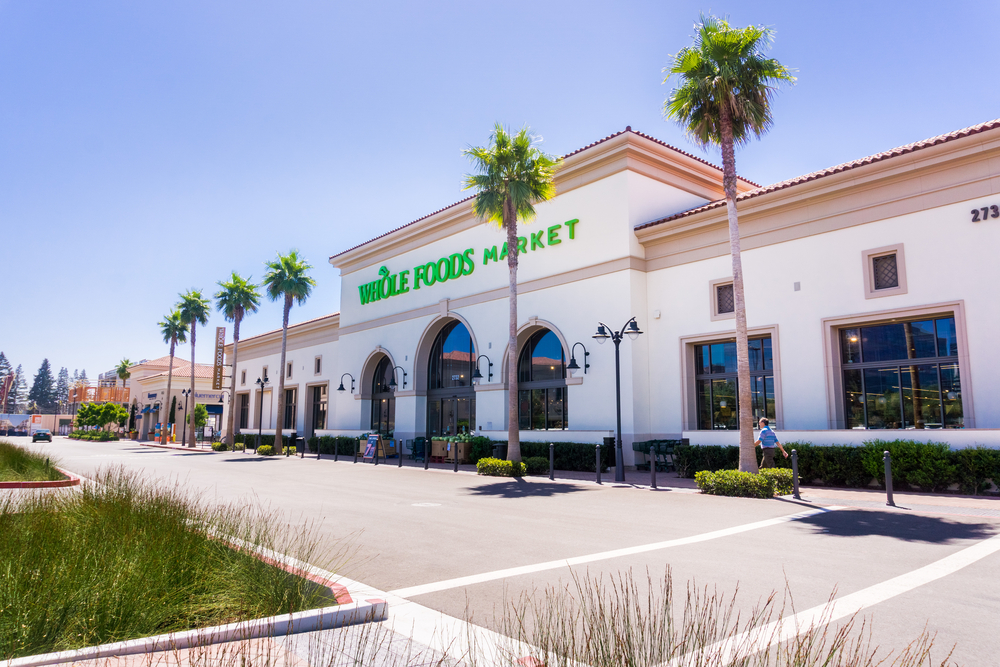 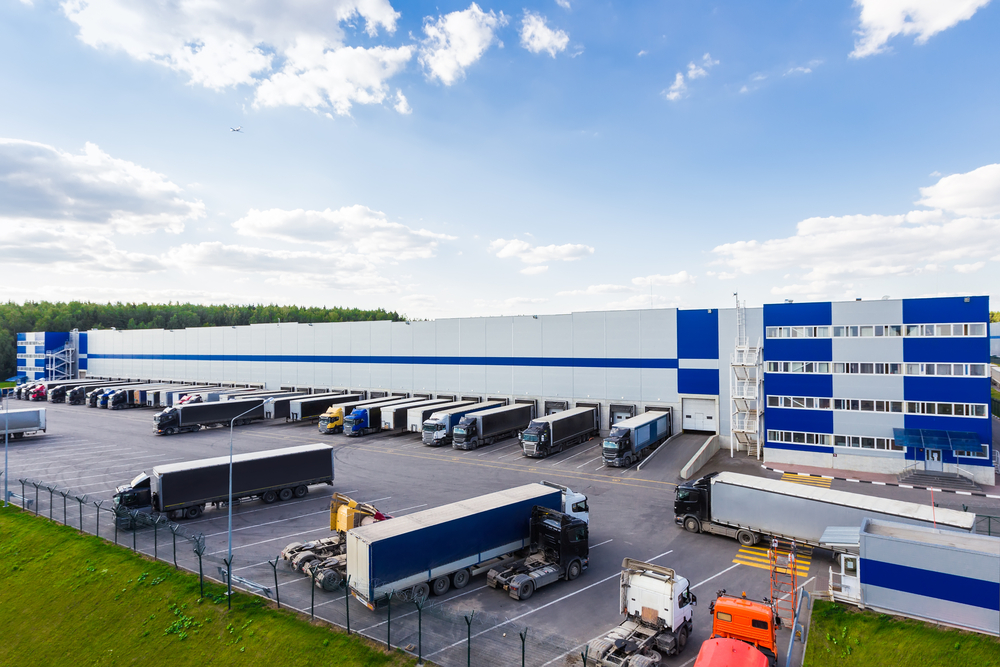 Office properties are loosely classified as Class A, B, or C, with A being the highest quality. However, classification discrepancies frequently exist, particularly in different cities and countries. Class A office highrises are developed in the central business district (CBD) of major cities. Suburban office parks range in size and class, but commonly offer a campus-like assembly with common amenities. Office buildings come in all shapes and forms. Although two buildings can both be classified as B, their features can be very different. 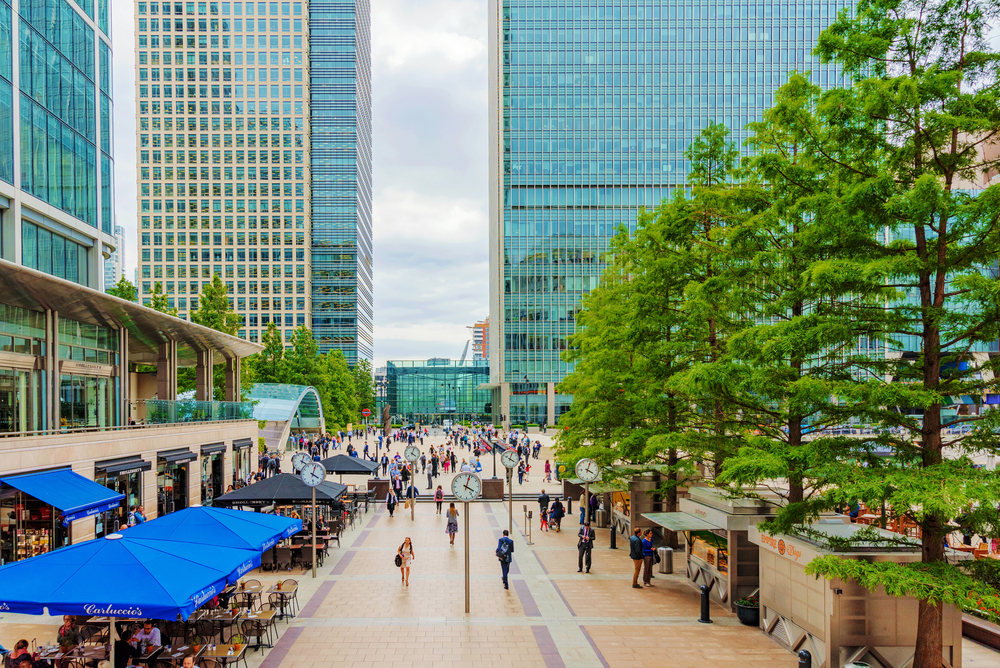 There are many types of multifamily properties — from downtown highrises to 2-unit “mom and pop” homes. Each type appeals to different users and requires different leases, maintenance, and management. Small multifamily properties are the most common investment among small real estate investors, but the lack of asset-management expertise on the part of the owners often generates many problems. 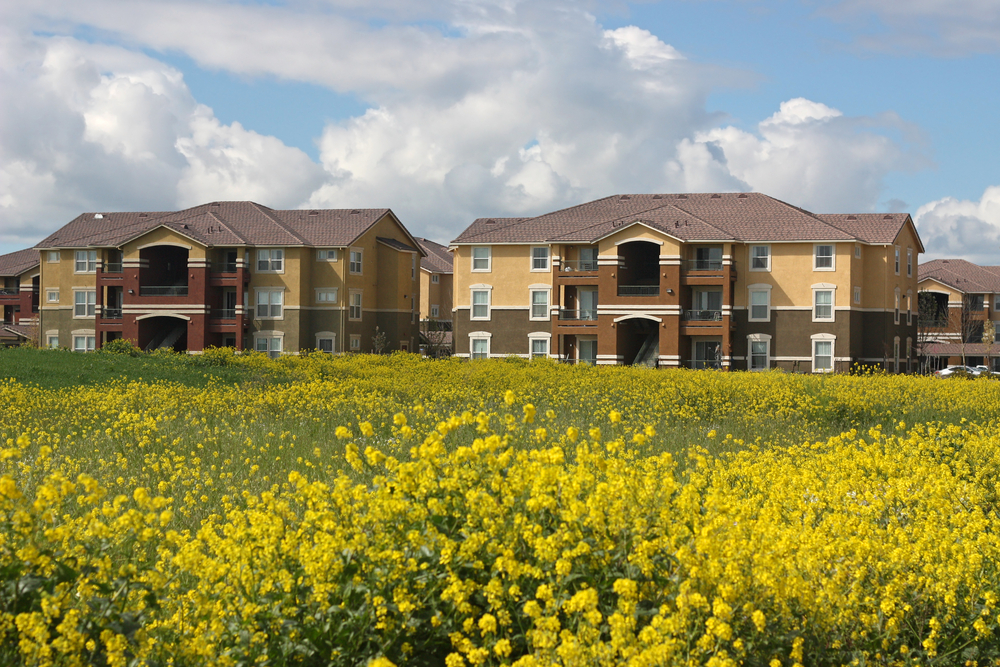 Hotels range from the full service category to extended stay. The hotel business is an operating business which also involves design and location components. Success hinges on the property’s “flag” (brand) and how well that property is operated. 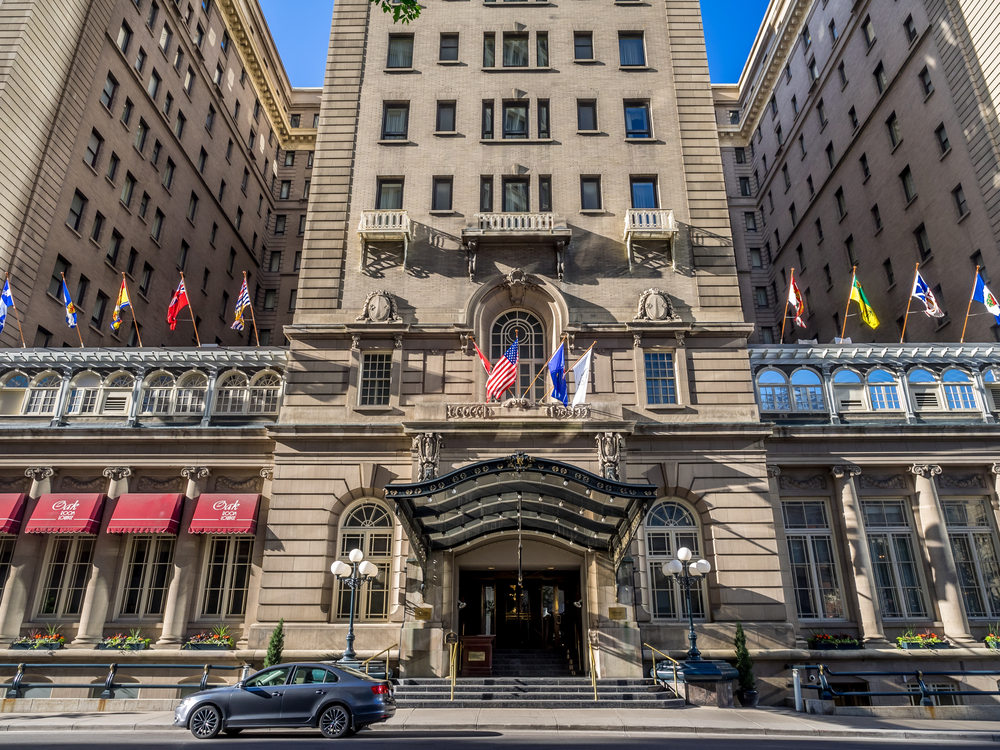 Self-storage properties are a commodity product by design, with variations in the space relating to whether it is climate-controlled or not. Most properties offer both types, with units available in many different sizes. 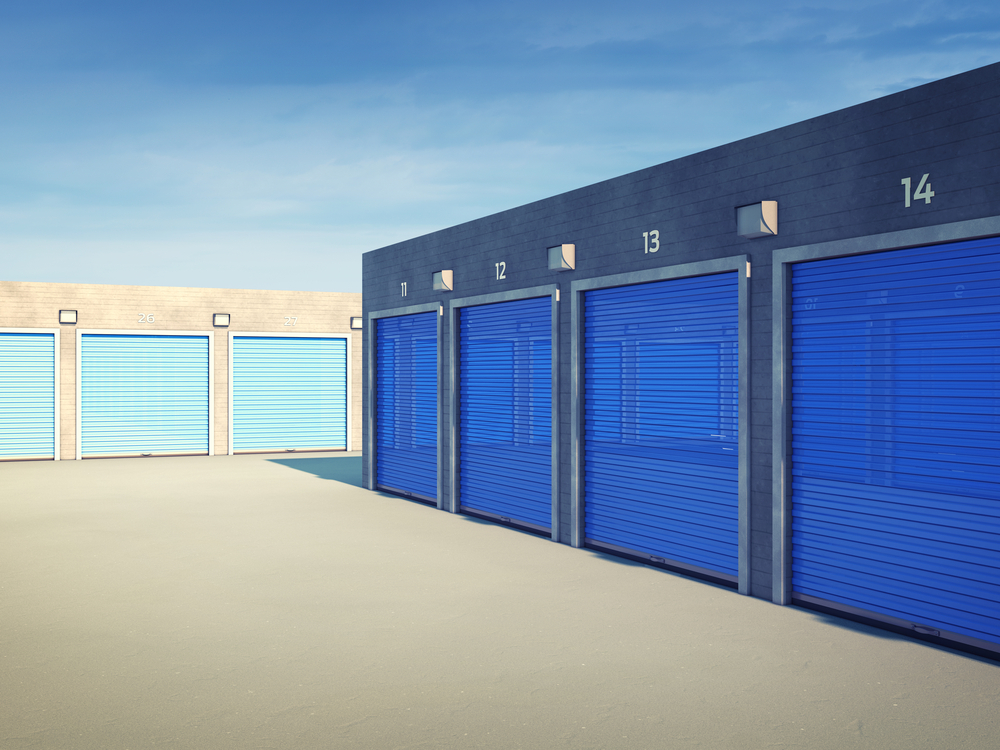 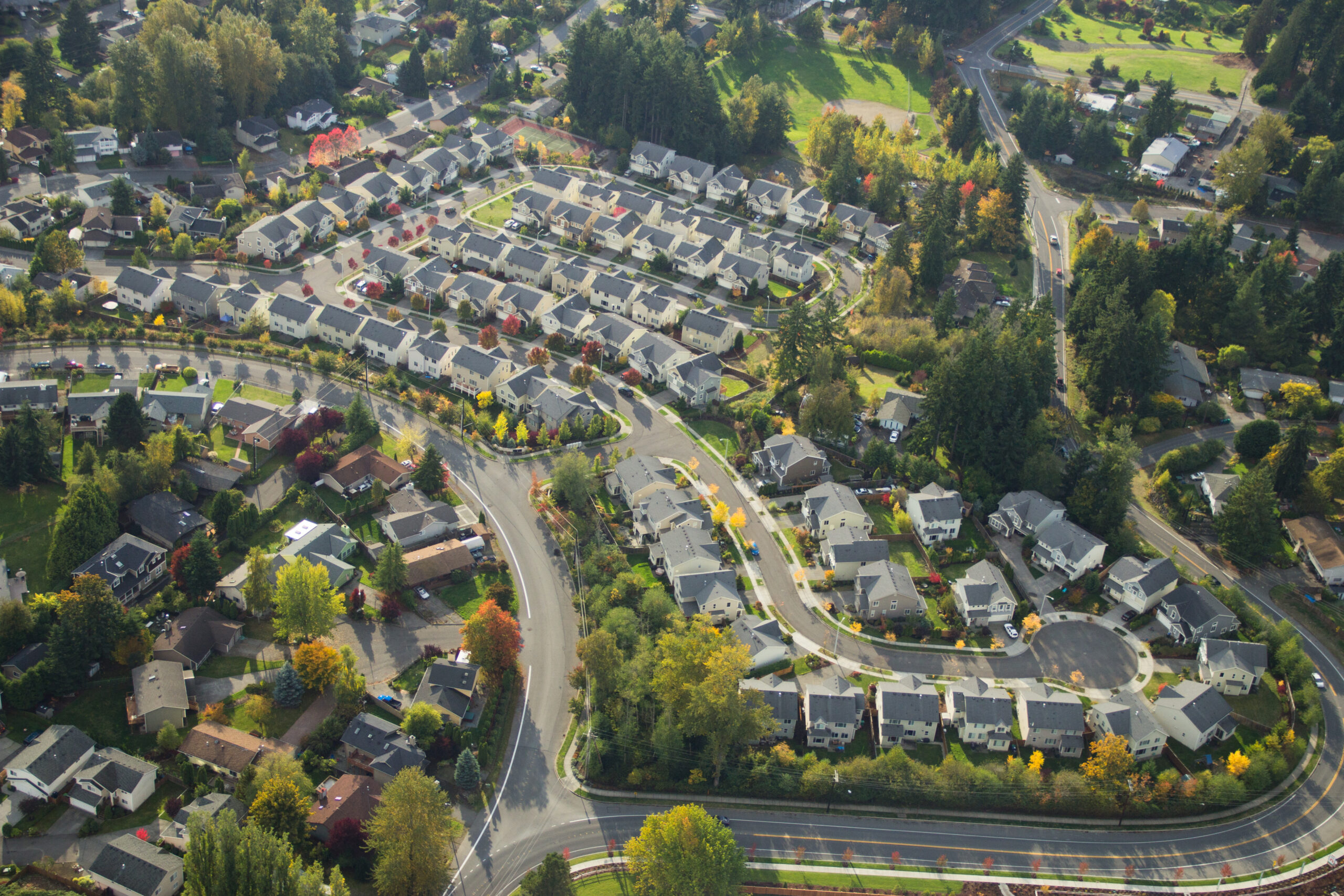 Listen to this narration if you prefer

Not all the space in a property is leasable.  There is a distinction between the gross square footage of a property and its net leasable square footage.  Common areas such as lobbies, elevator shafts, and hallways cannot be leased.  When referring to the size of a space, it is necessary to be aware of the difference between the two.  When referring to an area of land, a similar distinction exists.  A property’s floor area ratio (FAR) is the ratio of a building’s aggregate gross floor area (both vertically and horizontally) to the size of the lot.  Thus, if a 10,000-square foot lot has a FAR ratio restriction of 1, a total of 10,000 gross square feet can be developed on it.  Occupancy can also be measured in a number of ways.  Economic occupancy differs from physical occupancy.  The former refers to the space that generates rents, while the latter refers to space currently physically occupied.  The difference is often referred to as “shadow” vacancy (i.e., space that a tenant pays for, but does not physically occupy).  Finally, a stacking plan is an effective tool in property management which helps track vacancy and lease expirations in a building.

U.S. commercial real estate capitalization averages roughly 70% debt and 30% equity.  Excluding single-family residential, corporate, non-profit and government-owned holdings, the value of the market is about $4 trillion.  There are both domestic and foreign privately- and publicly-owned entities across the risk spectrum playing in both the debt and equity spheres.

These are the types of questions you’ll be able to answer after reading the full chapter.

1. Name three major differences between a regional mall and a strip mall.

3. What is FAR? Who determines it?

4. What is the difference between economic and physical occupancy?

BRUCE KIRSCH: When we move into talking about multi tenant commercial properties, retail properties, and industrial properties, what we come to understand is that each one of these properties is in essence its own little ecosystem.

And so because we have different businesses, different tenancies, that are all on their individual leases we start to understand that the physical adjacencies can make a difference.

And so naturally, we can understand that with retail if you have three or four tenants that are all clustered together and they all go dark, or all the leases terminate, that creates a dead zone in a retail sector. And that’s obviously a very bad thing for a landlord. But what about in an office building? Is this an important thing with respect to physical adjacency?

DR. PETER LINNEMAN: In general in an office building physical adjacency doesn’t matter very much. Certainly not nearly as it does for a retail center. Because in the retail context there are synergies. I got groceries, but beforehand I want to get my nails done, or I want to get a pizza, or after, or whatever. And also retail has a lot of instantaneous decisions that are made. A lot of spontaneity that’s involved.

Office– it’s occurring internally much more so. It’s what’s going on inside. It’s not advertised to the outside in the same way. It’s my space. And as you know, a landlord often can’t even go in their tenant’s space in an office building.

As opposed to retail where I can almost always go into retail space whether I’m the landlord or not. So it’s the privacy. It’s not as much. Now there are some instances where adjacencies matter.

But as a general matter, what happens in an office space is internal, whereas with retail it’s an external. Similarly, warehouse. As long as the materials that are stored next to your boxes are not hazardous or dangerous in some way I don’t care whose boxes are sitting next to my boxes.

And so again, for a warehouse it doesn’t matter. And I’m sure you can again find if I branded my warehouse with a huge sign maybe, right? But in the norm retail is an external product, and office and warehouse are internal products, if you will. And therefore adjacencies don’t matter as much.

DR. PETER LINNEMAN: As long as they’re there, and going to be there a long time, and paying their rent, yeah, absolutely.

BRUCE KIRSCH: There’s no– or relatively less– wear and tear.

Primarily in urban areas, is generally vacant or undeveloped, and is surrounded by developed parcels of land. Often, infill land has already been developed but is currently vacant.

A site that formerly had an industrial use that may currently be environmentally impaired.

A parcel of real property on which property taxes are levied.

The boundary line between two pieces of property.

A bundle of rights in a piece of property in which a party may own either a legal interest or equitable interest.

A commercial property that is comprised of several spaces that can be used for retail stores or services for the public.

An anchor is a large retail store, such as Walmart, Publix or Safeway that attracts customers to a multi-tenant retail property. A property with an anchor tenant is one that is anchored.

An unanchored retail center is one that lacks large retail stores, and is a combination of small inline stores.

A retail property with a single store such as Walmart, Target, or Kmart and no other stores.

A freestanding parcel of commercial real estate located in the front of a larger shopping center or strip mall.

Generally 150,000-350,000 square feet; have several anchors such as a supermarket and a drug store, as well as several specialty stores such as Foot Locker and smaller inline stores; include restaurants to; can be laid out as a single center or as two or three contiguous strip centers; located on local artery roads.

Generally 400,000-2,000,000 square feet (more than 30 football fields) and usually have 2-6 anchor stores such as Nordstrom and Macy’s; inline stores located between the anchors.

The lowest vertical space which exists without any obstruction such as lights or support beams.

Industrial facility floors that have strict transverse and longitudinal tolerances.

An industrial property that combines warehouse, product assembly, and office space, and may be multi-tenanted; usually fairly simple structures that allow easy reconfiguration.

A secondary ceiling hung below the main (structural) ceiling; often used to conceal the building’s infrastructure, such as electric wiring, piping, etc.

Very large buildings that range from 50,000-1,000,000 square feet; located near major transportation hubs for ease of truck access; concerned with cubic square footage, as stacking height is critical; must be able to accommodate multiple trucks entering and exiting the building loading docks.

The downtown or center of commercial activity in a city.

Relating to or being a tall building that is equipped with elevators and usually has at least six stories.

Compared to Class A, less well located, smaller, older, fewer modern amenities, and is of a lesser design.

Space comprises the remainder of the properties that aren’t Class A or B.

5-9 stories, steel framed, and tend to be an urban infill product; have 30-110 units and are elevator serviced.

Leasing of unused leased space by the tenants; sometimes forbidden by the landlord.

Inventory that is not currently occupied; subtenant space is excluded from calculation.

Each suite is individually owned (generally by the tenant of the space).  Typically residential in the U.S., but some commercial condominiums do exist, such as the ground floor retail of a mixed-use building, or the suites of a medical office building.

Usually boutique properties; they are smaller, and do not offer amenities such as room service, restaurants, banquet service, or convention space.

Larger rooms, small kitchens, and provide limited services; designed for people staying a week or more, and attempt to make guests feel like they are at home.

Self storage properties that provide conditioned space. They are more expensive to build, operate, and rent, compared to non-climate controlled structures.

Self-storage spaces that are not temperature controlled.

Refers to the total area of a building, usually measured from inner wall to inner wall, with no deductions for obstructions or non-leasable space.

Refers to the floor area that can be leased.

The difference between gross and net leasable footage.

The ratio of a building’s above-grade gross floor area (both vertically and horizontally) to the area of the lot upon which the building is constructed.

Analogous term for FAR used in Europe. The ratio between the area of a covered floor (built up area) to the area of that plot (land) on which a building stands.

Building restrictions on the distance which a building or other structure is set back from a street or road, a river, or other stream, flood plain, or any other place which is deemed to need protection.

The percentage of leasable space that is currently generating rent.

The percentage of space that is physically occupied, whether or not the space generates rent.

A visual representation of an office building’s leases.

More on this subject